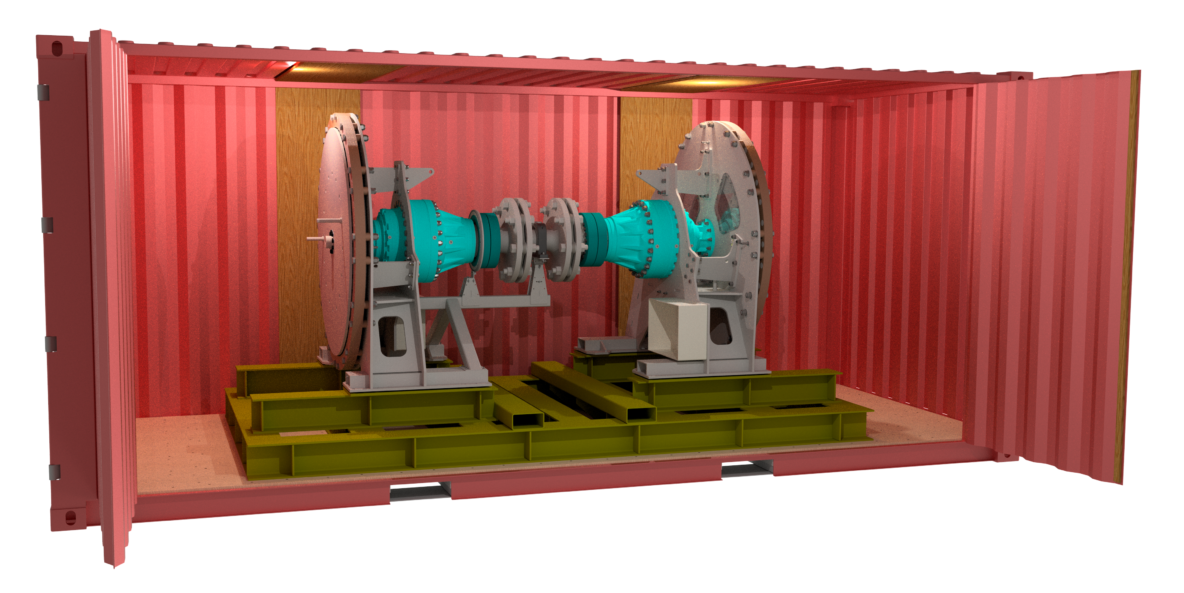 In January this year Mocean Energy secured £3.3 million from Wave Energy Scotland (WES) to develop and build a scale prototype of their Blue Horizon wave machine which will be deployed in Orkney next year.

Now the Edinburgh start-up has chosen C-GEN technology to provide the power take-off system for their utility-scale demonstrator.

C-GEN is a novel direct-drive generator developed by The University of Edinburgh which is highly efficient over a wide range of wave conditions. The university is also currently engaged with WES in a separate project to develop and demonstrate C-GEN technology.

The two teams will now build a test rig, which will be tested at the facilities of specialist power electronics developer, Supply Design, in Rosyth, where they can put the C-GEN PTO through performance and acceptance testing using representative wave data. The same PTO will then be installed in Mocean Energy’s half-scale prototype which will be manufactured in Scotland later this year.

“To date our focus has been on the hydrodynamic and mechanical performance of Blue Horizon,” explains Mocean Energy Managing Director Cameron McNatt.

“Blue Horizon is a hinged raft with a unique geometry which flexes in two dimensions via a relatively slow-moving single hinge. C-GEN is a good match for us because it delivers high efficiencies in the right range of speeds.

“Our test programme will ensure we optimise the performance of both technologies to extract the maximum mechanical energy from our operational machine,” McNatt concludes.

The news has been welcomed by ProfessorMarkus Mueller from the University of Edinburgh who says:

“The integration of the C-GEN generator into Mocean’s wave energy device is an exciting development, pushing forward the benefits of the modular direct drive generator from marine test rig to marine environment operation.

“This programme will allow us to industrialise the design and manufacture of C-GEN for marine renewable applications and demonstrate C-GEN in a real environment, at a relevant scale and under realistic load profiles,” Dr Mueller concludes.

“Their project will be the first use of C-GEN technology in a real wave energy converter and reflects the success of the WES program at uniting technology development programs to produce a complete working system.

“The cooperation between Mocean Energy and University of Edinburgh illustrates the benefits to the sector of greater collaboration and partnership. This is a significant milestone for the Mocean Energy team and prepares the way for the build of the device itself and subsequent deployment and testing at sea in 2020,” Hurst concludes.

Any cookies that may not be particularly necessary for the website to function and is used specifically to collect user personal data via analytics, ads, other embedded contents are termed as non-necessary cookies. It is mandatory to procure user consent prior to running these cookies on your website.