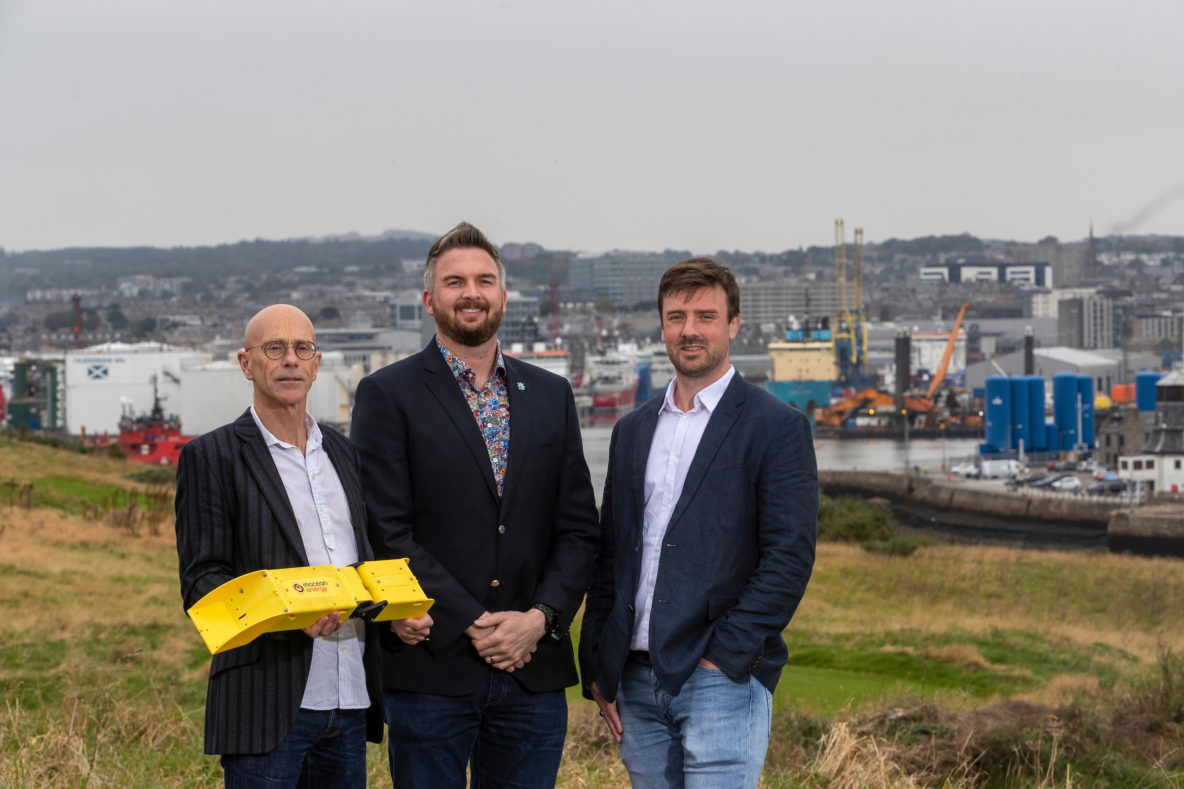 Oil and gas operators of the future will be able to use ocean waves to power subsea equipment.

That’s the vision of wave energy firm Mocean Energy which has just set up a base in Aberdeen to commercialise their Seabase technology.

The Edinburgh start-up – which has already secured £100,000 from Scottish Enterprise for the technical development of Seabase and further £100,000 from the Oil & Gas Technology Centre for its commercial development – is now seeking oil and gas partners to help bring their innovative technology to market.

“Seabase is a wave energy machine small enough to fit in a shipping container yet robust enough to generate power in the harsh environment of the North Sea,” says Mocean Energy Managing Director Cameron McNatt.

“Initially we see it being used to provide backup power to subsea equipment where, for example, an umbilical fails. Longer term, Seabase will provide green power to future generations of field-resident ROVs and Autonomous Underwater Vehicles (AUVs), reducing vessel costs and emissions.”

Already a prototype of Seabase has undergone detailed tank testing at the world-leading facilities at Centrale Nantes, France. And now they are looking to branch out in the north east.

“Aberdeen is a natural next step for us,” says McNatt. “The oil and gas market has a clear ambition to decarbonise, and Aberdeen is a global hub for offshore engineering expertise. We are now in early discussion with partners who can help bring Seabase to market.”

Their move is being supported by the Oil & Gas Technology Centre’s TechX programme which is providing office space within their incubation centre as part of TechX Plus. Mocean Energy is one of a select group of firms which has benefited from the 16-week TechX accelerator programme, designed to help innovative start-ups on the road to commercial success.

“This is what the TechX programme is all about – Mocean Energy have just completed our 16-week accelerator programme and it’s fantastic to see their progress in such a short period of time. Our industry is going though change, we’re reimagining the energy sector and creating a more sustainable future for the UK and it’s technology like Mocean’s Seabase that will help take us there.

“We’re excited to see where Mocean will accelerate their business to next and delighted to hear that the North East of Scotland will be their base for making this happen.”