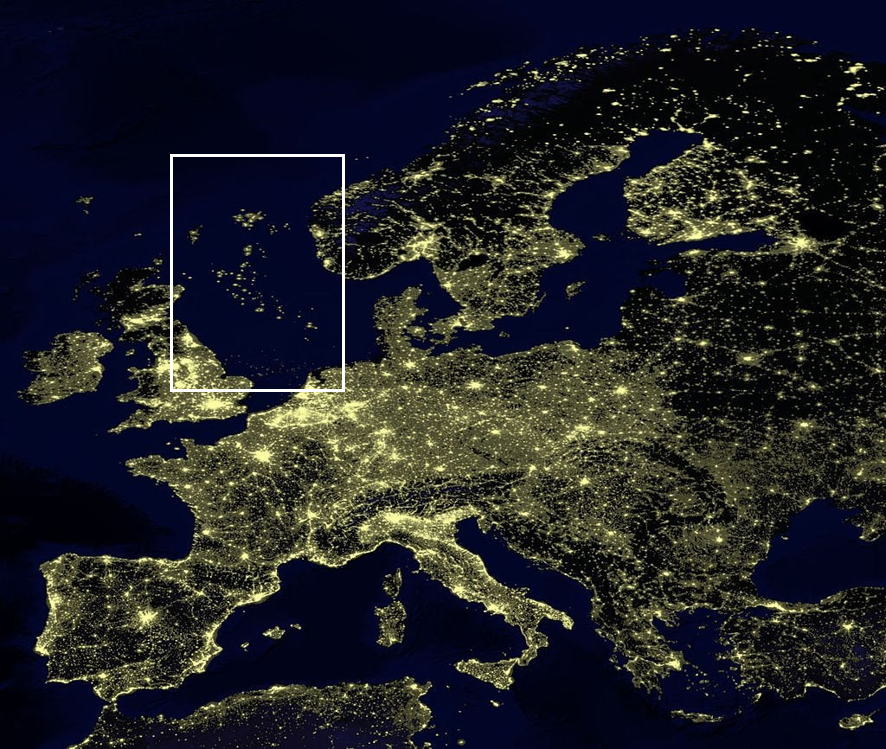 The energy in ocean waves is 50% due to kinetic energy (the fluid particles move in ellipses) and 50% due to potential energy (the water surface goes up and down).

The wave energy industry is also split between kinetic (i.e. what is happening now) and potential (the opportunities yet to come), but this split may be more 10:90…

In this blog post, I’d like to tell you where we think exciting things are happening now, and where we see the industry going.

(This is by no means comprehensive, just our perspective. For a an overview of the worldwide activity in ocean energy see the OES annual report, and for UK activity, check out the UK Ocean Energy Review)

Kinetic Energy – the Here and Now

We think the best options are in ocean science (for example remote sensing of the environment) and in oil and gas (O&G), but there are lots of other opportunities too,  including aquaculture, deep sea mining, desalination, and providing power to remote communities (e.g US DOE Report).

In Ocean Science, the  US Department of the Environment and NOAA (The National Oceanic and Atmospheric Administration) are running a competition called the Ocean Observing Prize for marine energy technologies that can be applied at small-scale to power ocean data systems.

This is an ideal application: wave energy for ocean science reduces the dependence on research vessels, which are extremely costly and keep people offshore away from loved ones.

There are already some wave energy technologies in this space and, while not the generation of power two companies , Liquid Robotics and AutoNaut have developed novel technologies that use wave energy for propulsion on long-range ocean drones.

Oil and gas. This sector – in particular subsea power – is very much Mocean Energy’s current focus where we are developing our Blue Star wave energy converter (WEC) to  provide kW’s of power to subsea equipment instead of umbilicals, saving costs and reducing carbon emissions.

We have just completed Phase 1 of our Renewables for Subsea Power project funded by the OGTC and with partners Chrysaor, EC-OG, and Modus which has examined real-world applications for Blue Star .

Already Ocean Power Technologies has had commercial success with a similar North Sea application for their PB3 technology in a project with Premier Oil and Italian O&G operator Eni.

Eni is not stopping there – and they have formed a joint venture to develop their ISWEC technology in a project off the Italian coast, which they are trialling for use in powering offshore platforms.

Tier 1’s are getting involved too. Subsea 7 has partnered with GEPS Techno, who also see opportunities in subsea power. Saipem is working with Wello on the Penguin, which is a large technology and likely targeted at platforms.

But they aren’t the only ones thinking big. O&G major Total, which recently adopted net-zero targets, is working with Floating Power Plant to evaluate their combined wind and wave platform for providing low-carbon power to platforms.

For us, the potential of wave energy is big.

We believe the wave machines of the future will deliver MW scale power to the grid and we are very proud to have £3.3 million funding via  Wave Energy Scotland NWEC Stage 3 project, to develop a sea-going  prototype of our MW-scale WEC: Blue Horizon.

On its face, Mocean’s technology is a hinged raft. We like the hinged raft because it is a simple mechanical system, which when integrated with direct-drive generators ensures reliability. The hinge allows for large rotations eliminating the possibility of end-stop impacts, and the sloped “wave channel” on the bow cause the machine to dive through large waves; both of which ensure survivability.

But our technology is more than just a specific design, it is in the design process – we use in-house software and AI to evaluate tens of thousands of designs to arrive at the optimal solution.

This means our technology is very “scalable” – but we don’t design Blue Horizon simply by making Blue Star bigger. We capture the requirements and use our optimisation to maximise power generation while minimising cost and keeping within constraints of the commercial application.

So, the question is: what are the applications for large-scale wave energy?

As much power as a small-city is sometimes needed to power platforms (take a look at the lights in the middle of the North Sea!), and these platforms are often powered by gas turbines, which produce three times  the emissions per kWh as onshore power generation. In the UK, electricity production for offshore O&G platforms accounts for 2% of all UK CO2 emissions!

There are other practical use cases. For example, platforms during decommissioning and small platforms are often powered by diesel generators, which have to refuelled at sea and create a noxious environment for offshore workers.

Looking further down the road, the offshore energy sector envisions a large-scale repurposing of offshore infrastructure for hydrogen production and CCS, for which offshore renewable energy is an important component.

But one might say: why wave? why not floating wind?

A 5 MW floating wind weighs about 4-5,000 tonnes; a lot of that weight is in the structure that does nothing but float and support the turbine.

Whereas in a wave energy converter, the structure is the prime mover; it is not just support, but it is through the structure that energy is absorbed. The industry is also young, and the best solution is not yet to be found (we see this as a big opportunity!), and given the opportunity and time, wave can be very competitive with wind.

Whether you buy that or not, maybe you’ll agree that wind and wave are actually more complementary that competitive.

We envision farms of wave energy converters interspersed amongst floating wind turbines sharing infrastructure like cabling and foundations, bringing down the cost of the project and providing a baseload supply to grid operator because wind and wave often occur at different times; the argument is well made by fellow wave energy developer Seabased in  study they did for Galway Bay, Ireland.

While the industry is starting small (with small machines), wave energy has massive potential, both combined with wind and as the next big technology.

Every country in the world will need multiple gigawatts of renewable power in the decades ahead. We believe wave power can deliver affordable energy for that future!

Any cookies that may not be particularly necessary for the website to function and is used specifically to collect user personal data via analytics, ads, other embedded contents are termed as non-necessary cookies. It is mandatory to procure user consent prior to running these cookies on your website.